At the Races: Racing to recess 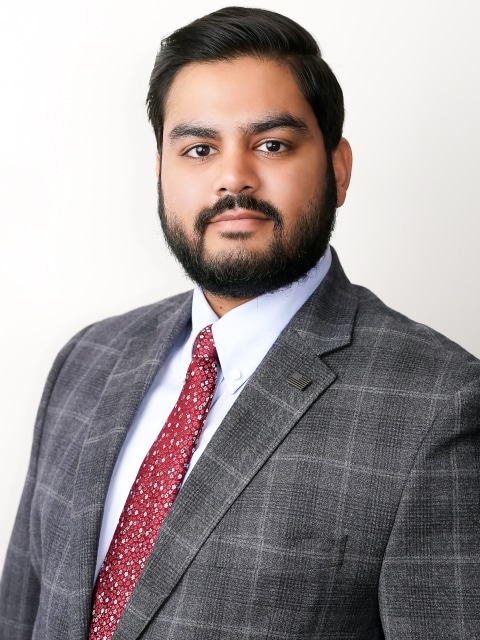 Patel, a onetime deputy chief of staff to former Texas GOP Rep. Mac Thornberry, is now a director at the lobbying and consulting firm Ferox Strategies, where he crafts strategic advocacy on Capitol Hill and the executive branch.

Starting out: In the summer of 2006, Patel traveled to D.C. with his uncle, who was taking an oath at the Supreme Court. “During the ceremony, the Supreme Court left out a member of my uncle’s law school class,” Patel recalled. “We were quickly ushered into a beautiful vacant ballroom. They brought in coffee, tea, cookies, the works. A few minutes later, as we were unaware of what was happening, all nine Supreme Court justices walk into the room. After swearing in my uncle’s classmate, they stuck around and mingled with us.” Patel met and spoke with Chief Justice John G. Roberts Jr. and Justices Clarence Thomas and Ruth Bader Ginsburg. “It was at that point that I knew without a doubt I wanted to be a part of the political world in Washington, D.C.,” he said.

Most unforgettable campaign moment: He worked on a campaign for now-Rep. Jodey C. Arrington, a Texas Republican, calling it “one of the most unique experiences” of his life. “There were no set hours, no set ‘to-do’ lists, just plain old-fashioned grit. I initially jumped on to the campaign as a volunteer who would help put out some yard signs every now and then,” Patel remembered. “Then, I caught the campaign bug. I had graduated on to large-sign installation, which means I got the pleasure of pounding t-posts into the hard West Texas ground and putting up 5x7 signs on them, all in the bizarre wind conditions. After a while, I was able to get an indoor spot working on policy, talking points and strategy.” His most unforgettable moment, he said, was “riding around alone with Rep. Arrington in his red Ford F-150 after a long day on the trail, and he still wanted to genuinely discuss policy, D.C., family and friendship, and, of course, egg/bacon/cheese toasters from Sonic.”

Biggest campaign regret: Not jumping on Arrington’s campaign sooner. “Although I was able to volunteer on the campaign early on, I would’ve loved to be there from the very beginning,” Patel said. “We were outspent 4-to-1 and being a part of that was special. Being there from the get-go would’ve made it that much sweeter.”

Unconventional wisdom: “When I first moved to D.C. and began my career on the Hill, I never aspired to move to the private sector, especially not lobbying,” Patel said. “I never truly understood what ‘lobbying’ was. I always heard the negative rhetoric around it, and that all lobbyists were bad people looking to get a quick buck. The more I was able to expand my horizon in Washington, I was able to clarify in my mind the role of an effective lobbyist. Effective lobbying is absolutely necessary for D.C. to function. Lobbying connects the private — and sometimes other public — sector to Washington’s ever-changing landscape. Without this critical connection, the political divide between ‘Washington elites’ and the ‘average Joe’ would expand at the cost of every-day Americans.”